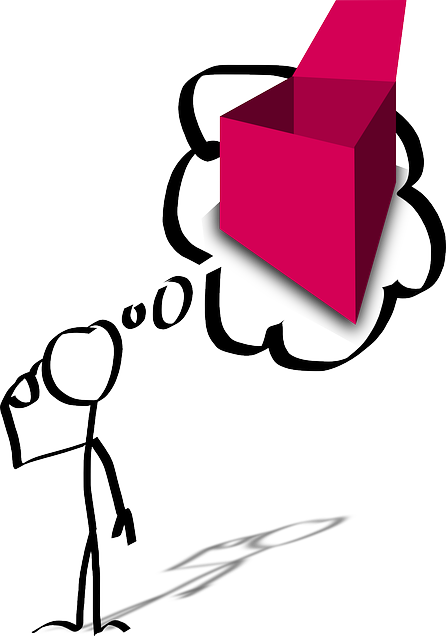 It was when I complimented JC* on her dress and she said she was wearing it backward that I was both aghast and quite sure that I had not inherited that playful gene that helps you look at the world just a bit differently.

Thinking outside the box is defined as “a thinking process which implements an unusual approach to the logical thinking structure and aims to approach it from a creative process.” It’s been the catchphrase behind many an advertising slogan, challenging us to think beyond the obvious.

Sure, there was the time that I accidently wore two different earrings to work, but I don’t think that counts. My co-workers did seem to be mesmerized with my ears, could not focus on our weekly meeting, and my boss asked if I was OK or if I needed to leave work early.

Wait a minute, wasn’t it me that made hot dog shaped hamburgers and served them in hot dog buns? Don’t I commemorate special events with a shaving cream message on the shower wall?

All well and good, but after some analysis, it seems that, though I may have been taking steps toward thinking outside the box, I was doing so inside the secure environs of my own home. To be truly avant-garde, you are not afraid to go out into the world and be who you are. Rats, so those don’t count either.

Being married to Mr. Wiz* for thirty-three years, you’d think that some of his inventive and imaginative ways would have rubbed off on me by now. Proposing that we buy a derelict car dealership in the tourist town of Mountain View, Arkansas and turn it into a store or that we walk 500 miles through Spain on The Camino, literally left me speechless (not easy to do). Partners that we are, we negotiated, threw in a couple of Excel spreadsheets for my well-being and the rest is history.

Big A* just might have inherited the best of the both of us. Even though he wanted no part of backward Day in pre-school (even reversing the baseball cap on his head made no sense to him), he would come home from visiting his New York grandparents every summer, excited to share tales of having had pizza for breakfast, a backward dinner (dessert first) and being asked if he would rather go to an amusement park or see Tito Puente perform live at Carnegie Hall (he chose the latter).

There always seemed to be electricity in the air when we’d spend time with our dear friends, Pat and Bruce; you never knew what to expect next. An older couple, who took us under their wing when we started our sales representative business in New York years ago, their wealthy upbringing afforded them the luxury of an unconventional lifestyle. For their 45th wedding anniversary, Bruce, a self-professed pack rat, had a dumpster delivered to their home with much fanfare and the promise to fill it up. Pat said it was the most loving gift she had ever received.

Sure, I’m disappointed that I’m just not built to be such a carefree soul, but maybe in the big cardboard compartments of life, there needs to be a balance between those that take risks and get the papercuts and those that are always prepared with the bandages.

I’ll just have to be content with my analytical self and accept that there’s always the chance that I will be inspired to release some of my inner eccentricities by watching others make the world a bit quirkier, one kooky notion at a time.