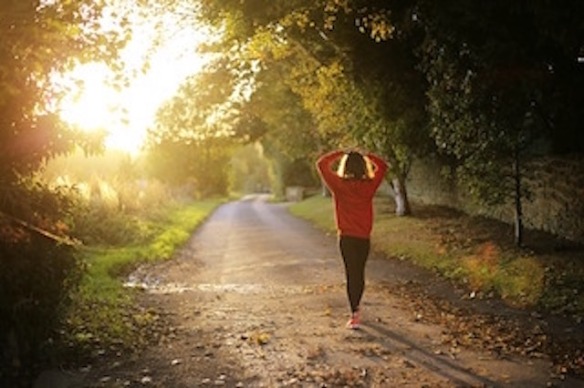 Visualize, materialize; It is a basic fact of psychology that you will become what your mind pictures. Why is it that some people always seem to have things go their way? Is it good luck or have they mastered the art of positive thinking? In its simplest form, achieving optimism means being hopeful and confident. That’s not always easy, but by understanding the basics and with the help of some mental exercises we can learn how to develop this skill (think of athletes).

The concept behind positive thinking is that people’s thoughts (both conscious and unconscious) dictate the reality of their lives (whether they are aware of it or not). In other words, if we picture concepts in our conscious mind, it will impress them within our subconscious mind and put those thoughts into action. Since it is believed that affirmative thoughts are more powerful than negative thoughts, our focus should always be on what we want, rather than what we don’t want. it is important that our affirmation (our goal stated in a short phrase) is always stated in the first person, in the present tense and in the positive.

Though the fundamental principles are the same, my favorite sources each present them in their own style and I would like to share them with you.

After discovering his book The Power of Positive Thinking at a young age, I was fortunate to have heard Reverend Norman Vincent Peale preach at the Marble Collegiate Church in New York City. His words could sting or warm you and magically seemed to give each audience member around me a personal message (as noted by their reactions after his sermons). In his book, his warm, folksy way of explaining his concepts includes lots of actual examples (the fact that they are not current does not seem to matter) and is very unintimidating. His focus is on one’s outlook to life. I like his analogy of emptying your mind (imagine emptying a wastebasket) to relieve the clutter of tired thoughts. Every page reminds you that enthusiasm is the self-releasing power that helps our personality focus on the matters at hand.

The Secret by Rhonda Byrne is a bit more analytical, but I like her use of the straightforward mantras: “ask, believe, receive; if you see it in your mind, you will hold it in your hand; thoughts become their physical equivalents.” Byrne bases her theories on the Law of Attraction, which states that the universe is governed by a matching of frequencies of a person’s experiences with their thoughts. A suggested exercise seemed easy: think of an old friend or a certain place and see if it somehow comes back into your life. The fact that it actually worked has given me a deeper sense of belief.

I first heard of Emotional Freedom Techniques (EFT) from a friend in the military. It’s founder, Gary Craig, had initially utilized his technique on soldiers suffering from post-traumatic syndrome with much success. EFT is considered to be the psychological form of acupuncture. According to Chinese medicine, acupuncture works on the meridian system, the pathways that supply energy throughout the body. Instead of needles, you stimulate those major pathways by massaging and tapping them while repeating your affirmation. It is the powerful combination of the physical and the mental focus on the pain/problem/issue at the same time that brings results. During this simple process (I practice it during the three minutes that my tea is steeping each morning), the affirmation should be something that you really want, but should also be realistic. Craig recounts the influence of advertising slogans on our psyche and suggests we also use that same method of repetition and motion by repeating a made-up slogan or changing the words to a song to also reflect our affirmation.

It is amazing how once you “tune in” to this process of consistent, positive thought, it will direct you to find a way toward your goals. You must let it flow, even if It leads you into new directions. Many goosebumps later, I can attest to reflecting on a path that has unwrapped itself slowly before me with some twists and turns, but always so similar to the original plan I had created for myself.

Though this all might seem a bit mystical, it’s really just a pact between you and yourself to dedicate a few minutes a day and teach yourself to maneuver through life, capitalizing more on your senses. The very personal nature of the exercise, the discipline, the fine-tuning will transform you from the person you are today to the person you would like to be.

10 thoughts on “Unearthing the Paths to Positive Thinking”